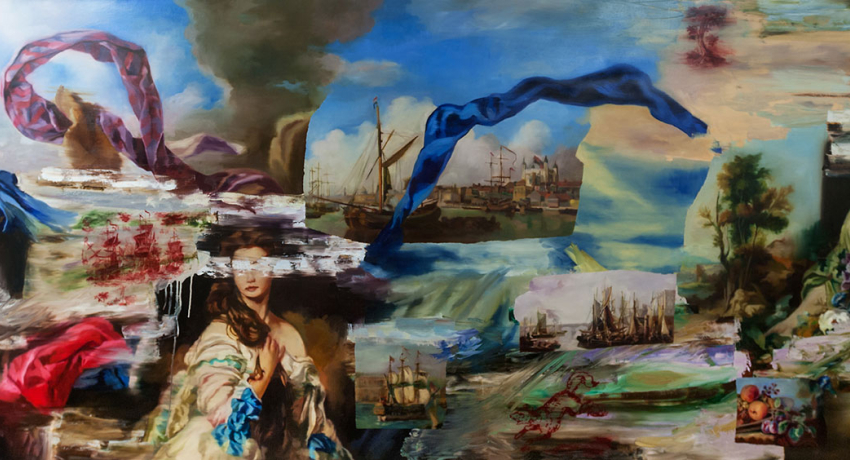 Interview with Simon Casson on the construction of the Savoyards.

In the late 17th century the Savoy precinct became a notorius place of sanctuary for desperadoes and outlaws, who were nicknamed 'Savoyards' - a term originally applied to natives of Savoy in France. (Later, the word was used for performers in, or devotees of, the Savoy operas - see below. The performers in the Gilbert and Sullivan operettas Iothanthe and Patience would have been called the Savoyards.

The painting includes three female figures, alluding to the Gilbert and Sullivan theatrical performers, alongside elements of the period dress of Eleanor of Castile.

There is a little peach to make reference to the dish created for Dame Nellie Melba, the infamous Australian Opera singer at the Savoy on 1892 and a painted drawing of a medieval Canis Lupus - the gray wolf which would have roamed London in the Medieval times.