Exhibition review of Thesmorphoria at Frost and Reed gallery London

At Frost & Reed, 2-4 King Street, St James's, SW1 (until 30 September), is an exhibition of new paintings by Simon Casson (born 1965).
Entitled Between Past and Present, The Thesmophoria Revealed, it is a show of luscious oils that takes figurative mythological painting to new and intriguing heights.

Casson is that rare beast, a painter who can command the skills more common to the ateliers of three centuries ago than to today, who yet disrupts his own facility in order to make an image relevant to contemporary society. He unveils a new History Painting, founded on the iconography of the past yet reinterpreted in terms of modern disaffection and confusion, which he somehow manages to make beautiful.

The artist himself admits to the 'feral atmosphere of abandonment' he summons up, but the extremes of sensual beauty are not left unchecked. These paintings are far more complicated than simple statements of hedonism. Casson interrupts his visual pleasures with surface intrusions resembling torn paper or skid marks, or he collages other images over his lushly painted fruit and flesh. The Old Mastery subjects are rarely straightforward. The new mixture is altogether more disturbing and emotionally challenging than a simple indulgence in the senses. Casson makes you think and question. Whether the focus of your questioning is pictorial conventions or moral values, both are intimately concerned with the making of good art. 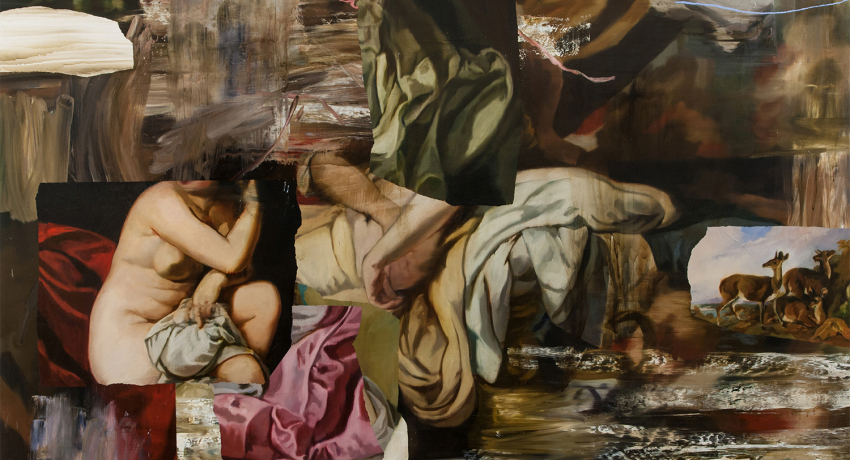 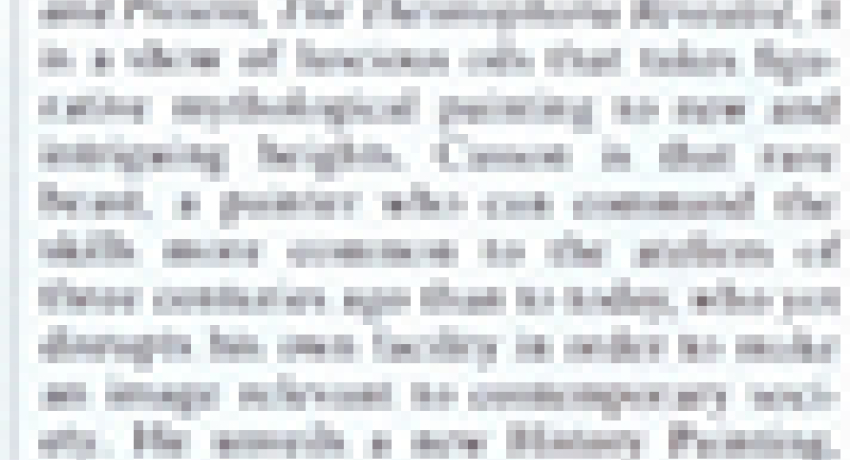