"The Wrath of Achilles", the title painting from the exhibition of the same name, depicts Odysseus and Diomedes exacting a raid into the Trojan camp by moonlight, to capture Rhesus's magnificent white horses, foretold by an oracle to make Troy impregnable. This monumental work drives History painting into the next millennium, embracing the wealth of tongues within the history of oil painting, from the High Renaissance sfumoto to late 90's paint manipulation. It sets the theatrical stage for the whole show, one of Renaissance allegory, with allusions to Greek Mythology, both in title and thematically.

Rather than choose a path of either non-objective or figurative art, Casson performs an adhocism, to use a design term, combining pre-existing elements from the
entire oeuvre of visual art to discover on  unprecedented form of History Painting. Casson's work could be  seen to follow the ideas of Reynolds, who at that time urged
contemporary art to absorb the influence of both the Antique and the Renaissance. The paintings are a potent mix of carnal, primitive paint application, reminiscent of a De Kooning, stirred together on the canvas with the academic technical skill of a Titian.

Within a painting human perception conventionally operates in such a way that the figure appears to advance and lie in front of the background. In Casson's paintings, in common with much abstract art, the "figure" and "background" seem to occupy the same space and the relationship becomes fractured, a spatial disharmony, with the "background" assuming equal importance to the subject of the work. Lush flesh engages in bellicosity upon the canvas, with elements of landscape evolving into pure abstraction. This echoes the paintings of Montegna, in which formalised figures appear to pale in comparison with a seemingly unimportant fold of cloth or a carved pattern within an architectural screen. Casson's paintings employ abstract illusionism, with brush strokes emphasised by shadows, materialising to float in front vaporously of the picture plane. In "Polyxeno Avenges Troilus's Death "the goddess like figure fuses into the heavy drapery, which in turn stumbles into a rugged boulder strewn landscape of hot colour,
crested by a early spring sky.

"Laodameia's Embrace of the Brazen" typically depicts a female figure elevated to a higher status, with a goddess like bearing, or perhaps a she is  a tyche, a representation of the presiding spirit of a city. She presides  over a cornucopian on setting of intense brocade drapery, whilst behind her,  in contrast, lies a sparse fare of dry hardened bread. Before the figure, there hovers a manic veil of abstraction, whilst cutting into the canvas from above is a sharp section of harsh, synthetic orange paint, appearing like a torn or peeling billboard or deckle edged paper, collaged on to the canvas.

Although Casson's paintings in part embrace the sublime abstraction of the current allover paintings of Process Art, in which the spectator is invited to reconstruct what has been executed upon the abstract canvas, with no central focus, through the evidence placed before them, the sweeping statement of a decorator's squeegee perhaps, they are didactically opposed to this form of multiple. Casson's works are High Art, singular statements of pure uniqueness, with contemporary abstraction inflicting it's imprint upon the often capriccio paintings with predatory slabs of textural pigment. Decollage and calligraphic mark-making marry to form a fall of drapery, whilst an iconic centralised classical form fights for supremacy with a cold, formalised, almost emotionally bereft still life.

Renaissance by definition means rebirth. It has been used to  imply the revival of Latin and Greek and the ancient world, and the expression of new attitudes towards humanity by artists  The paintings of Simon Casson seem to symbolise a new renaissance in contemporary painting, heralding a revocation in the fortune of the discipline. "The Wrath of Achilles", his first exhibition in Spain, is on opulent, hedonistic hymn to the exultant god of paint. As with the Abstract Expressionists of the 1950's, in particular Rothko and Pollock, Casson deals with the concept of the importance of the individual, particularly in the liberation of art from tradition. The antithesis to the current collaborative movements, these works stand alone as a defiant battle cry, and Casson unapologetic in his role as aesthete. 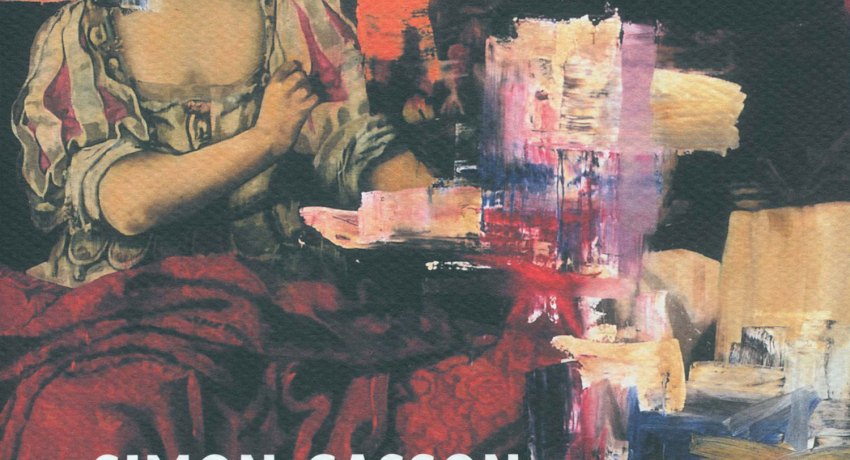 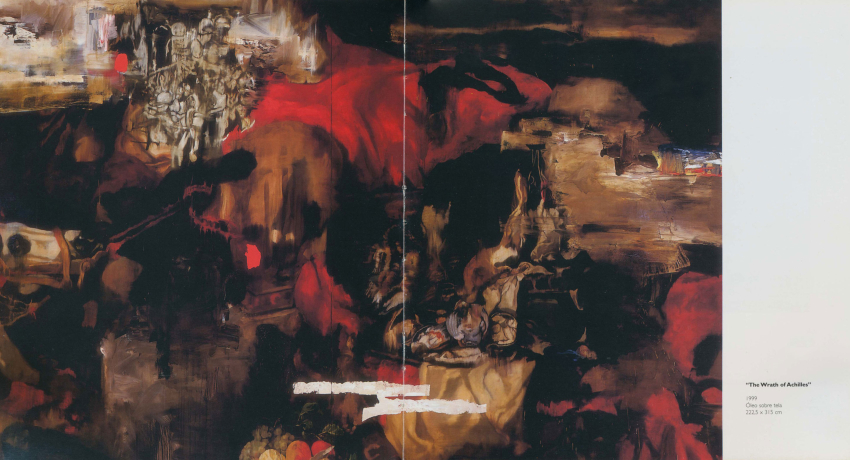