Tantalus, in punishment for his various obscure, mythological crimes, was hung for all eternity almost, but not quite, in reach of luscious fruit with which to slake his thirst, and with a huge rock forever about to fall on him but never quite doing so. But then, this state of, well, tantalisation was a favoured punishment for the ancients: think of Sisyphus fated eternally to push a rock up a hill without ever managing quite to get it to the top, or Ixion, revolving endlessly on a wheel in Hades.

Simon Casson knows all about the technique of the gods, the fascination of that which is offered and then at the crucial moment withdrawn. It is not that he designs his paintings to torment us, but in an era which regards ambiguity, whether in literature or in the visual arts, as a positive quality, a violently divided response to what is put in front of us becomes the rule rather than the exception. Then there is also the new model of "deconstruction". How Casson tantalises us is to construct what appears to be a classical composition - a nude in a landscape, a still life of fruit and gleaming silver, a creature like a dog or a swan which has unmistakable mythic overtones - and then take it apart before our eyes to reassemble it into something entirely on his own.

The striptease is a classic form of tantalisation. Its effect on spectators is all to do with the way that visual information is proffered and withheld. In the same way, Casson loves to set up a tableau, get us straining to work out its referential significance, and then whip away vital sections. They are either not there at all, or we sense that they have been, but then veiled again as rapidly as unveiled, or overlaid by something else. Usually something quite abstract. It is as though Titian has yielded up a canvas to Jackson Pollock or Asger Jorn. Indeed, we may remember that some of the more playful yet serious work of the Danish master consisted in, precisely, daubing an inescapably modern image on top of some conventional pre-existing piece or representational painting.
Where Casson resembles Gypsy Rose Lee more than Asger Jorn is what he withholds (protects?) from our excited gaze is all his own work, and clearly glamorous rather than, as in most of Jorn's gleeful perversions, basically boring or naive. What would be the point of Casson's art if we did not very much want to see the beauties partially hidden beneath the seemingly random overlays of alien paint, which are sometimes applied in savage dashes, sometimes simulate a literal collage made with other elements in their own way just as highly finished?

Of course, eroticism is a vital part of that. on the most elementary level, everyone knows that total nakedness is much less of a turn-on than partial concealment. It is all to do with building up expectations and then teasingly refusing to meet them. There is inevitably something very sensuous about the representational elements in Casson's paintings: not only the obvious allure of the female nudes or partially dressed figures, but even in the still-lifes, where there is such evident relish in the way that fruit and flatware are rendered.

The nudes in themselves might be expected to provoke some argument over political correctness, the male gaze and all that. But somehow they do not. Perhaps because of the unmistakable, inherent placing of these elements in another time, another place, which means that we approach them without excessive concern for the criteria of what may or may not be considered acceptable in our own time. What we are faced with is rather a dialogue between two periods, two kinds of art, two different sensibilities - albeit coexisting in one artist. And the parallel with the striptease can be carried only so far: if we look at what is concealed or suppressed, it has little or nothing to do with the erogenous zones. It is more likely to be the face or the extremities.

One is reminded, then, of two things. One is the rise, about a century ago, of classically trained sculptors' making partial figures, abstracting the shape of the human body by confining the sculpture to a torso, a shoulder, a hand or a foot. In this context Casson's forcible displacement of attention from the head in particular becomes a strategy of abstraction. And second, that it is easy to fall into the trap of resuming abstraction and classicism are necessarily mutually inimical. Not for nothing is Poussin Bridget Riley's favourite painter: what she recognises is both the important element of abstract geometry in Poussin's work, and the important role of shapes and rhythms derived from humanity in her own abstractions.

Salvador Dali once remarked that the only thing we cannot help being, however hard we try, is a modem artist. I hardly suppose that Casson wants to avoid it, despite all his references in his work to Renaissance subjects and Renaissance techniques. He is, after all, building a bridge between present and past. If he de-constructs Titian and his kind, is it only to put the pieces together again in a way that can speak to us in their terms and at the same time in ours. And of course, above all, in his. 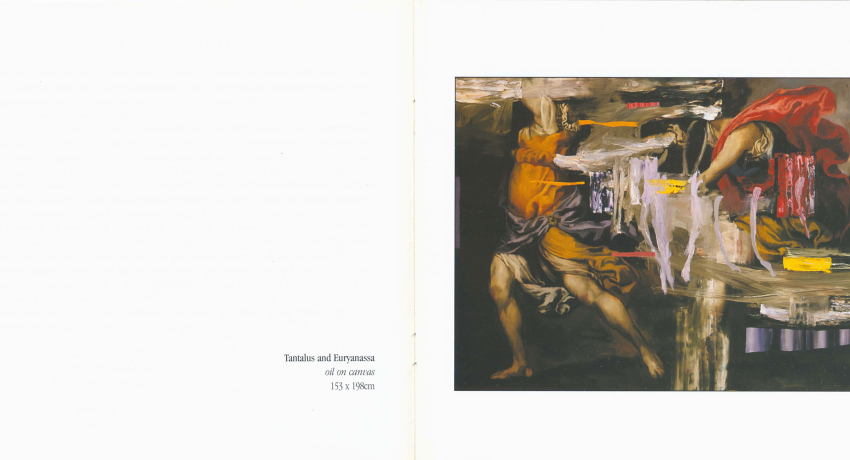 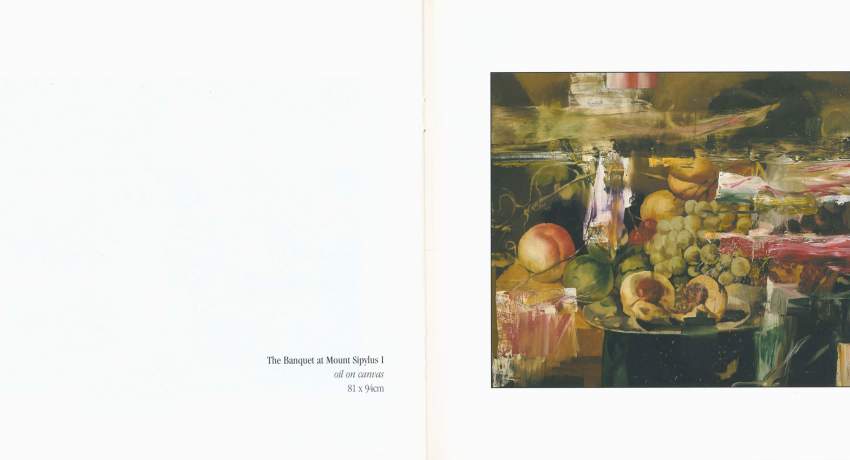