Essay from the Lupercalia exhibition

Reality can be a harsh bedfellow, the sense of the here and now, the known, discovered and the hard won, perhaps unwanted truth. The world becomes smaller and all accessible, at a touch of plastic, knowledge is with us. Religion is in this present century, as in centuries past a fighting Warlord. Countries lost, lives scattered over doctrine and tomes. News is second by second, conveyed by phone - we live it alongside the witnesses on the scene, step by step, bombarded by the minutiae.

Hardly startling that there appears to be a great yearning for a Modern Mythology. Something mysterious, irrational, unexplained, from another place, touching our darkest fears and latent sexuality. Something layered beneath. The modern zeitgeist is one of vampires, werewolves and ghostly vapid forms. We surround ourselves with an otherworldly stratum of the night. In the inky dark, wolves run through lush ferny forests, before transforming into creatures of human flesh. Vampires parade of an evening, through unsuspecting small American towns, haunting mortals with their pallid perfection in backstreet bars. Adoration is formed mortal to immortal.

Through this all runs a current from the Ancient World. There a civilisations text relished an empire where monsters roamed freely alongside man. Fatalism rules, and the fable is fully formed. In Simon Casson’s exhibition entitled “Lupercalia” the festival of ancient Rome is played out upon the canvas. Lupercalia, the mother of the modern Valentine’s Day celebration sees golden youths of the Luperci run naked through the streets, displaying their masculine prowess, whipping the upturned palms of the women with strips of freshly slaughtered goatskin, rendering them both fertile and safe from the horrors of a disastrous childbirth. Purification through flagellation. Entwined as the myth is with the very birth of Rome itself through the attempted murder of the twins Romulus and Remus and their suckling and salvation from the she-wolf Lupa - the wolf is both the sacred and profane, the savior and aggressor.

Sacrificial feasts are gorged in the twilight, wine supped from the cornucopia, the sound of leather thongs stinging reddened skin an imagined noise. Bared backs in a symbolic penetration. Skin is smeared with blood and milk.  Antlers and horns drawn onto the canvas in dragged paint scrawl across narrative. Ribbons of colour tether layers of paint, drawing us
a relationship between beast and hominine. The identity of the individual is screened, allowing a timeless unidentifiable fluidity.

Casson’s paintings evoke a cannonade of emotions, endemic to consternation. Anxiety peaks and troughs with flight or flight within the fragmented composition. Paint in it’s purest form, untainted by digital trickery wreaths it’s way around fur and flesh, touching over-ripened fruit and the suggestive folds of drapery. Volatile swirls of pigment form welts across tempest heavy skies, whilst predators crouch low, preparing to attack. Beauty rules as queen over convention, and the academic formation of the painting is belied by it’s almost chaotic energy. Nothing compares with the splendour of the physical application of the paint itself, no reproduction can convey the gentle sensuous brush strokes, contrasted to the rough frenetic finger printed bedaub.

Deer turn in mid-flight to avoid collision, wolves lie sated alongside a bewilderingly beautiful figure or leap towards an unknown prey - caught in a moment with legs outstretched and fur tangible. Forests can be glimpsed through crashes of abstraction, colour obscuring ritualistic clearings. Numitor’s daughter Ilia flees the raging wolf pursuing her in the sacred grove, only
to fall into the arms of Mars to be ravished in the midst of the storm clouds, signaling the collapse of her world with a divine conception, the prophecy fulfilled. 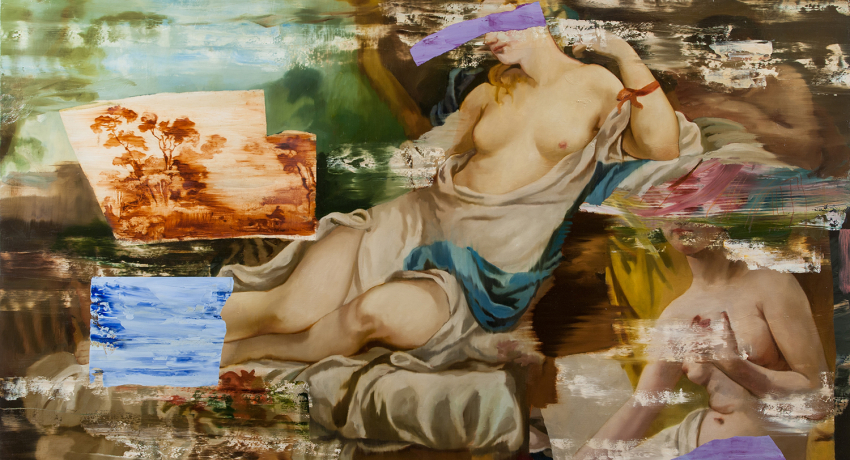 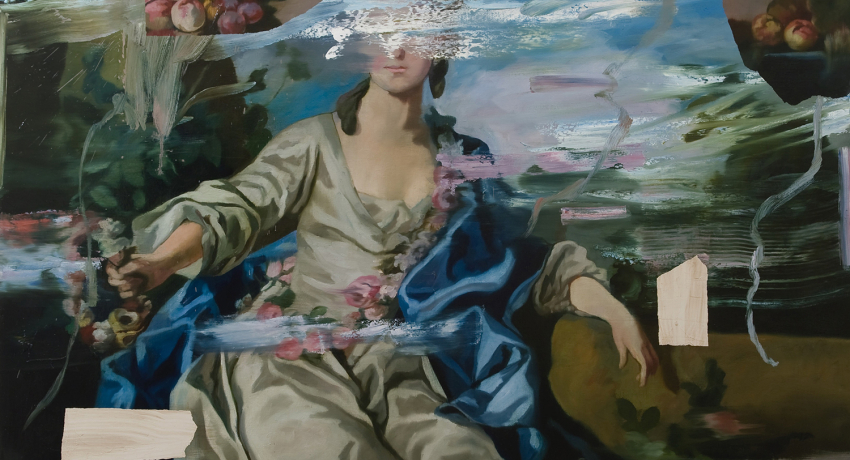